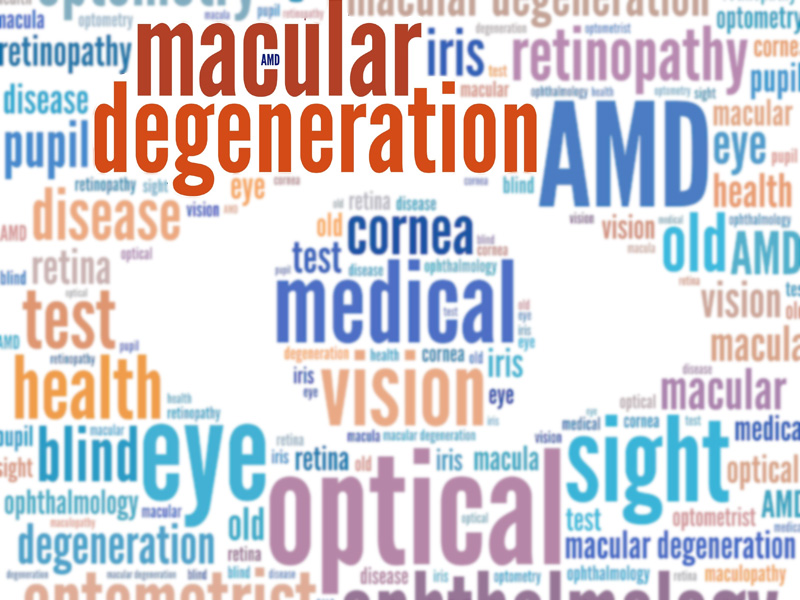 Age-related macular degeneration (AMD) is the most common cause of severe vision decrease in the Western world. It is a degenerative disease that causes progressive damage to the cells of the macula (central retina).

In Spain, the percentage of people over 65 who suffer from it is 13%. Also, being intimately related to aging, it is estimated that its already high prevalence may double in the next 20 years, due to increased life expectancy of the population.

AMD classified in 2 variations, with different evolution and prognosis:

As for the clinical part, we must know that,when presented in mild forms and when only one eye is affected, patients may have no symptoms. However, as the disease progresses, the patient's vision becomes blurred, beginning to see the lines and objects distortedly,and later noticing a central spot which progressively increases. All this will lead to a difficulty to perform everyday tasks such as reading, writing, driving, cooking, etc ..

When facing any alarming symptoms, it is advisable to go to the ophthalmologist to be evaluated and possibly treated as quickly as possible, in order to minimize irreversible visual sequelae causing untreated AMD.

When a patient reveals the previously mentioned symptoms, simply assessing the fundus is enough to make the diagnosis.

Sometimes we make a fluorescein angiography (injection of an intravenous contrast which allows the observation and studying in greater detail of the location and size of the neovascular membranes) to confirm the diagnosis; and optical coherence tomography (scanner at the level of the macula, showing indirect signs of disease activity) to help follow up.

Currently there is still no effective treatment for dry AMD, although the administration of antioxidant complex and acquiring healthy habits and a healthy diet rich in antioxidants and Omega 3 and avoiding smoking aim to slow down the progression of the disease.

Until a few years ago for wet AMD we had laser treatments and the results proved disappointing. Fortunately today, the outlook has changed exponentially and we have antiangiogenic drugs which, when injected periodically (the average number of injections is 5-6 per year), manage to slow or even stop the growth of neovascular membranes. These drugs are bevacizumab (Avastin ©), ranibizumab (Lucentis ®), and most recent, the aflibercept (Eylea ®), and have caused a real revolution since we get better visual outcomes than with any other treatment.

In cases of delayed diagnosis or those few where the treatment has not been effective, we recommend the use of visual aids that provide the patient a higher visual quality.

Since AMD is a disease inherent to aging, it doesn't have any prevention, but early diagnosis and treatment will involve a better visual prognosis. Therefore, it is advisable to have regular eye examinations from 50 years of age, and when noticing any change in vision, seek an ophthalmologist immediately.