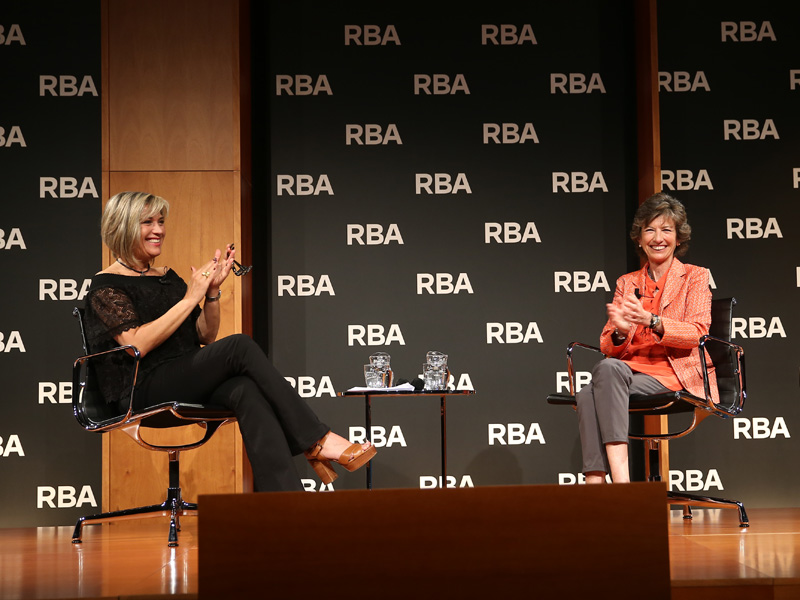 With this title and for an hour, journalist Julia Otero and Dr. Elena Barraquer held a talk before more than 450 people who filled the auditorium RBA.

Dra. Elena Barraquer explained the consolidation of a project that began in 2003 thanks to a generous donation from his father, Professor Joaquín Barraquer, a Mercedes 540 K turbo, and over these 16 years the project has become a model of solidarity.

This meeting promoted by the president of RBA, Ricardo Rodrigo, gathered people like Helena Rakosnik, the Conseller of Culture, Santi Vila, and the publicist Lluís Bassat among many others.

Such initiatives recognize the hard work that Dr. Barraquer and her team perform to favour those in need.

As the motto of the Foundation says "WE ALL HAVE A LOT TO SEE".