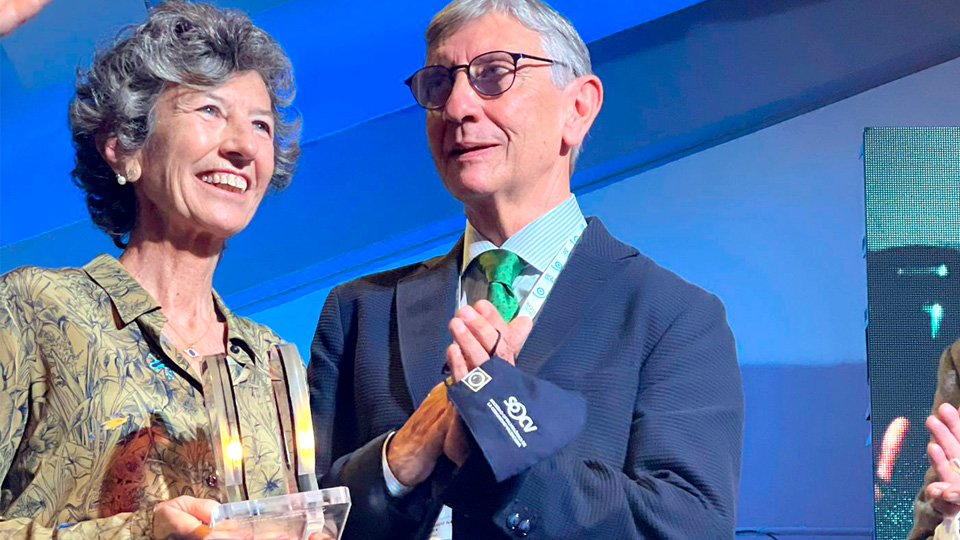 Last Friday, March 25, Dr. Elena Barraquer received the Carmen Piera Award granted by FacoElche, an ophthalmological congress dedicated to phacorefractive surgery that has been organized annually since 1999 in the city of Elche. During the event, the doctor gave a lecture entitled "A global challenge: #nomascataratas".

The Carmen Piera award has been established this year to reward pioneering and philanthropy in ophthalmology. In this first edition, FacoElche and her Council unanimously decided to give the award to Dr. Elena Barraquer in recognition of her career and humanitarian work.

Carmen Piera Cebrià (1918-1977) was one of the first female ophthalmologists in the Valencian Community. She selflessly developed her activity in the city and surroundings of Sueca and her great work earned her the nickname of "eye doctor".