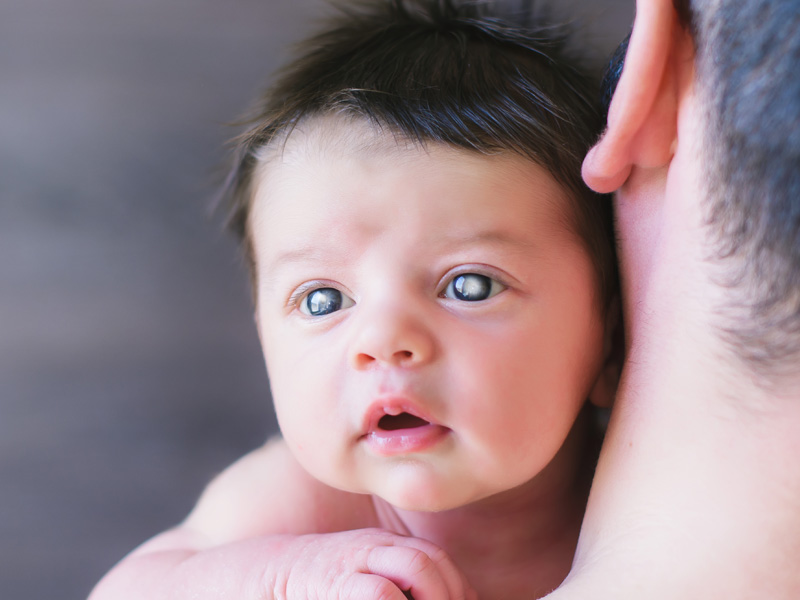 The cornea is situated in the front part of the eyeball. In normal conditions it's a clear tissue because of its lack of blood vessels and distribution of the fibres that form it. It has 5 layers: the epithelium, Bowman's membrane, the stroma, Descemet's membrane and the endothelium.

Peters anomaly is a congenital defect in the embryonic development of the anterior segment of the eyeball whereby patients are born with central corneal opacity. It is an uncommon condition that affects approximately 1 in every million people and is the cause of 40% of congenital corneal opacities. It may affect one or both eyes, although it is bilateral and asymmetric in 80% of cases. Its exact cause is unknown, although genes that affect the embryonic development of the eye are found among the etiopathogenic factors. The majority of cases are sporadic, but autosomal dominant and autosomal recessive inheritance patterns have been described, in which there is more than one family member with the same issue.

The Descemet's membrane, stroma and endothelium of the central cornea are unable to develop, which leads to opacity of the central part of the cornea (leukoma). The periphery is generally respected and is characterised by a sticky substance (synechia) between the corneal defect and the iris. A loss of transparency in the central part is translated into declining vision, which is more significant the larger and denser the leukoma is. Though opacity is the most characteristic sign, Peters anomaly is usually associated with other eye defects such as glaucoma (increased eye pressure that can damage the optic nerve), nystagmus (involuntary movement of the eyes), cataracts (loss of lens transparency) and retinal detachment. In the most of severe cases, the eyeball fails to develop, leading to a rudimentary eye, which we call microphthalmia. On occasions, the genetic error (mutation) may be multiple and other organs and systems are affected. This condition gets the name Peters syndrome and causes heart disease, deafness, small stature, mental disabilities, cleft lip and cleft palate.

A multidisciplinary approach is required in patient treatment, including a cornea specialist and a paediatric ophthalmologist. In cases where the issue affects both eyes, a keratoplasty procedure (corneal transplant surgery) is indicated. Surgery involves replacing the opaque cornea with a healthy donor cornea. If the patient has a cataract, then it may also be removed in the same operation, however, the prognosis is somewhat worse. In the event that there is associated glaucoma, it must also be treated. On occasions, the use of a topical hypotensive drops is apt; while in other cases surgery is required to regulate the intraocular pressure. Furthermore, it is important to rule out associated defects, access your full family medical history and get parents and siblings to undergo an eye examination so genetic counselling can be offered. Lastly, we must not forget that children, whose visual system is still developing, must be treated as early as possible so that the best visual prognosis can be achieved and the risk of amblyopia (lazy eye) is minimal.