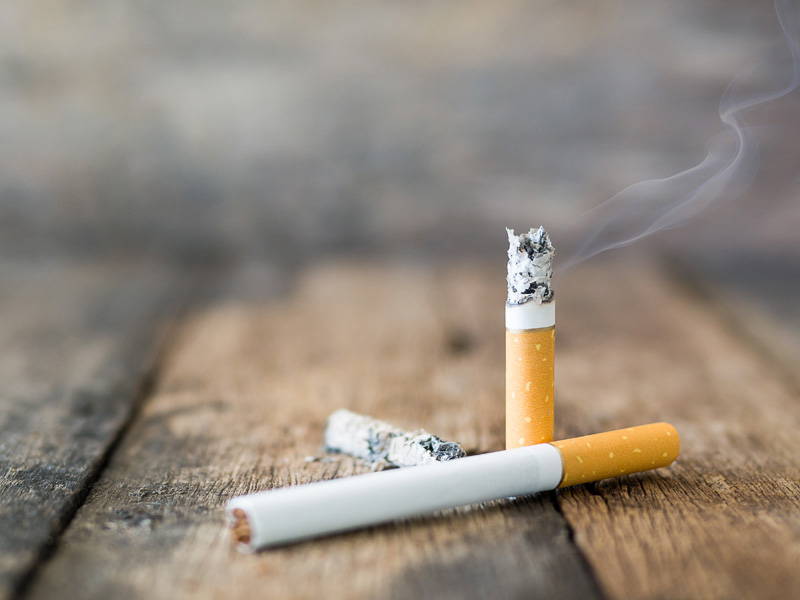 The World No Tobacco Day is celebrated on May 31, and this year the WHO focuses on the relationship between tobacco and heart disease.

At an eye level, studies have been emerging that show a direct relationship between tobacco consumption and various eye conditions such as:

Age Related Macular Degeneration associated with age (AMD). It is the most frequent cause of severe vision decrease in the Western world. It is a degenerative disease causes a progressive damage in the cells of the macula (central part of the retina). Tobacco is a risk factor for developing AMD since smokers are five times more likely to suffer from it than non-smokers are.

Glaucoma. It is defined as an irreversible optic nerve disease that can be due to several causes and whose most important risk factor is elevated intraocular pressure (IOP). The importance of this disease is evident in that it is the second cause of blindness in developed countries. Tobacco affects the aqueous humour outflow, which increases IOP, which, as we point out, is the most important risk factor for developing glaucoma.

Cataract. This condition occurs in the lens, the natural lens of the eye that allows focusing on near and far objects. When the lens loses its transparency, the images are blurred and, as the opacity increases, we lose visual acuity. People who smoke are at greater risk of developing them, since tobacco affects the lens cells through the oxidation process and causes various chemical substances to accumulate in the lens.

The dry eye syndrome. It applies to all those circumstances in which there is poor lubrication of the eye, affecting the eyelids, the tear film, the conjunctiva and the cornea, a set called the ocular surface. The term encompasses both situations of low amount of tear, poor quality, or, excess evaporation of it. Tobacco worsens the symptoms of dry eye.

Diabetic retinopathy. It is a common complication of diabetes mellitus and appears when the blood vessels of the retina deteriorate. These altered vessels can dilate, cause the escape of fluid (plasma, lipids and / or blood) and can even occlude, leaving part of the retina without blood circulation. All these phenomena result in a severe decrease in vision and even, without proper treatment, lead to blindness. It has been shown that tobacco directly affects the circulation of the vessels of the retina. It is not only one of the risk factors for developing diabetes, but it makes it much more difficult to control it and, therefore, aggravates its complications.

Toxic optic neuropathy from alcohol and tobacco. It is a rare pathology, because it is more associated with pipe tobacco or cigars (increasingly disused), than with cigarettes. Furthermore, alcoholism is usually associated to a nutritional and vitamin deficit, which contributes to or predisposes further toxicity for the optic nerve. Therefore, alcohol, tobacco and malnutrition act as causal factors of this optic neuropathy.

Thyroid eye disease. It is an affectation of the orbit associated with an autoimmune thyroid disease. It goes by various names and the first eye symptoms are mild and include dryness, redness, swelling of the eyelids, and inability to wear contact lenses. They usually get worse at night and under certain conditions, such as air conditioning, smoke, heating and on windy days. Inflammation and edema affect the orbit and cause retraction of the eyelids, increasing openness and displacing the eye outwards, giving the appearance of "look of horror" (exophthalmos). Smoking is a major risk factor for this disease.

For all this, we join the world no tobacco day, in order to highlight the risks associated with smoking and raise awareness about the importance of quitting smoking.