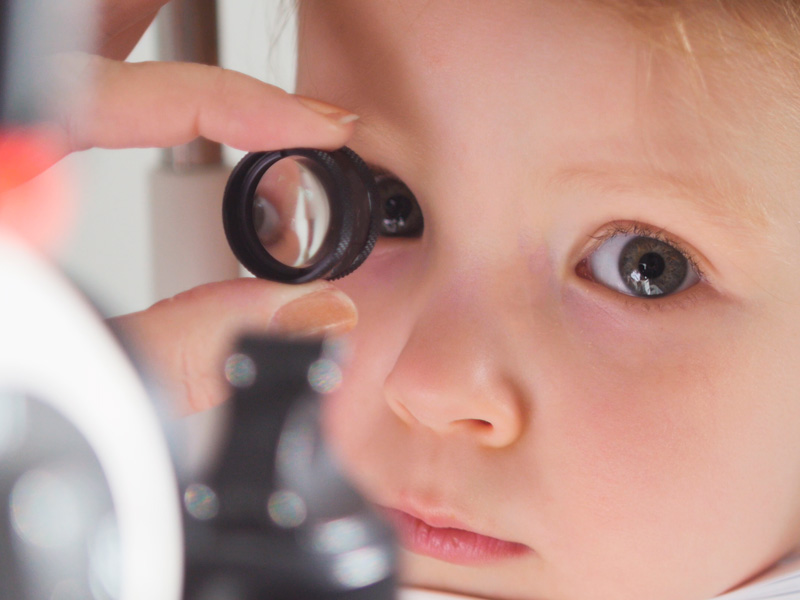 Vision is the perception and interpretation carried out by the brain in our surroundings, built on the information both eyes send to it. The visual process begins when the electromagnetic waves emitted by an object are transformed by the retina into nerve impulses and these are guided through development in children the optic nerve and visual pathways to the brain, where they are eventually analysed and matched up to give a name, meaning and position to what has been received by both eyes.

When human beings are born our visual system is not fully developed. When we are born we can’t see, but we do have the ability to “learn to see”. Despite having fully developed eye structures, the visual system of a newborn is immature and develops as the cerebral cortex receives appropriate and relatively symmetrical stimuli from both eyes during the ﬁrst few years of life. Visual maturity is a dynamic process that undergoes anatomical and physiological modiﬁcations after birth and is ﬁne tuned based on the visual experience acquired during the ﬁrst years of life.

Over the ﬁrst few months, which are particularly important, different stages can be distinguished:

The greatest progression is seen during the ﬁrst 4 years. During this period, the system is very vulnerable in the sense that the lack of visual stimuli can have negative impacts. Any cause of poor vision in one or both eyes (like an uncorrected refractive defect, strabismus or cataract) during childhood may prompt poor visual functions and develop into amblyopia or “lazy eye”. There’s a high chance of recovering from lazy eye if it is diagnosed and treated before the age of four, the stage at which it gradually begins to disappear, being practically nil from the age of 9-10. Whatever we don’t learn to see during childhood will not be gained in adult life. Failure to act in good time may condemn the child to a lazy eye for the rest of its life, which is why early diagnosis is vital. For this reason, all children should undergo a complete eye exam with a specialist before the age of 2-3, even if it does not present with any symptoms. It’s never too early for your child to have their ﬁrst eye check-up, while sometimes it can be too late.

Babies and children, the challenge of checking up their vision #5

We chatted with our pediatric optometrist Susana Escalera, who sees about 30 children a day in her office. Her experience and skills are paramount to a successfult eye exam of these small patients, some of whom are still a baby. It seems like a simple task, but it is not.