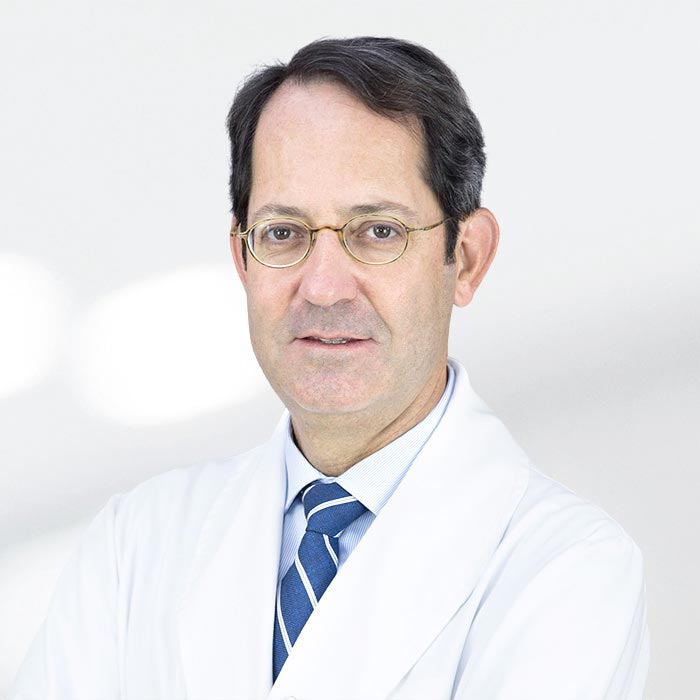 A specialist surgeon since 1995 in the surgical retina —macula surgery, diabetic retinopathy, retinal detachment— and in adult intraocular tumours—brachytherapy on uveal melanoma and other tumours—. He is currently the deputy medical director and coordinator of the Retina and Vitreous Department at the Barraquer Ophthalmology Centre. He undertook complementary training in New York (Columbia University and Vitreous Macula Retina Consultants of New York), Miami (Bascom Palmer Eye Institute), Memphis (Charles Retina Institute) and Philadelphia (Wills Eye Hospital). He gained his PhD cum laude in Medicine and Surgery from the Autonomous University of Barcelona. He is the first author of books entitled Retinopatía diabética y otras complicaciones de la diabetes mellitus (Diabetic Retinopathy and Other Complications of Diabetes Mellitusv)and Tumores vasculares de la retina y la coroides (Vascular Tumours of the Retina and the Choroid) (two editions).

Dr. Javier Elizalde is very active in the teaching field, both clinical as well as surgical. He has taken part in more than 650 scientific meetings and teaching activities in addition to having trained more than 80 house officers and ophthalmologists. Furthermore, he has published 78 articles in scientific magazines, 21 chapters of book and 5 monographs. The foregoing has led him to an exceptional standing in the medical field and to an acclaimed position in the press, having given more than 100 interviews to newspapers, radio and on television.