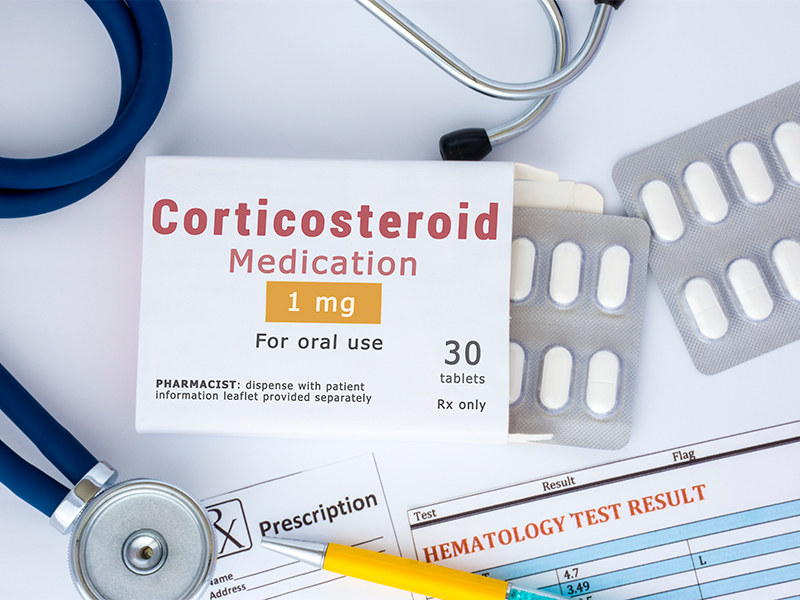 Corticosteroids or corticoids are drugs produced from cortisol, a hormone that comes from the adrenal glands and which plays a part in numerous physiological mechanisms like inflammation, the immune system, carbohydrate metabolism, protein metabolism and balancing the electrolytes in the blood.

Functions and side effects

At a pharmacological level, its functions include an anti-inflammatory and immunosuppressant effect. The question is therefore of using them, above all, when we need a quick and intense anti-inflammatory effect.

They are very useful for illnesses that require a powerful anti-inflammatory effect, but the downside is their potential side effects. Therefore, pharmacological use of corticoids must always be monitored by a doctor.

The side effects of orally administered corticoids depend on the dose and time of administration, meaning that they must be used:

- based on very precise medical indications;

- for the minimum time necessary to control inflammation;

- and be reduced gradually in accordance with the doctor’s orders.

Side effects attributable to corticoids administered orally include immunosuppression, which could lead to greater susceptibility to infections, gastritis, bone demineralisation, changes to body fat distribution, changes to glucose metabolism and in terms of the eyes, the development of cataracts.

The development of cataracts

Cataracts caused by prolonged use of corticoids are slightly different to those that come about naturally with age. They are called posterior subcapsular cataracts, whereby an opaque sheet forms in the back of the lens. These cataracts can affect the vision more prematurely and intensely than conventional cataracts; they affect the near sight and cause intense glare in direct light. Just like other kinds of cataract, they are treated with surgery.

In conclusion, we must remember that topically or orally administered corticoids may have side effects on the eyes, such as glaucoma and cataracts. The appearance of cataracts depends on the dose and course of the treatment. This is why corticoids should always be administered on doctor's orders.

Cataracts: What You Need to Know # 1

Cataracts are an eye condition that will affect 100% of the population and surgery is its only treatment. But this common procedure continues to cause a great deal of concern to patients because of lack of awareness and due to a large number of false myths that must be debunked.