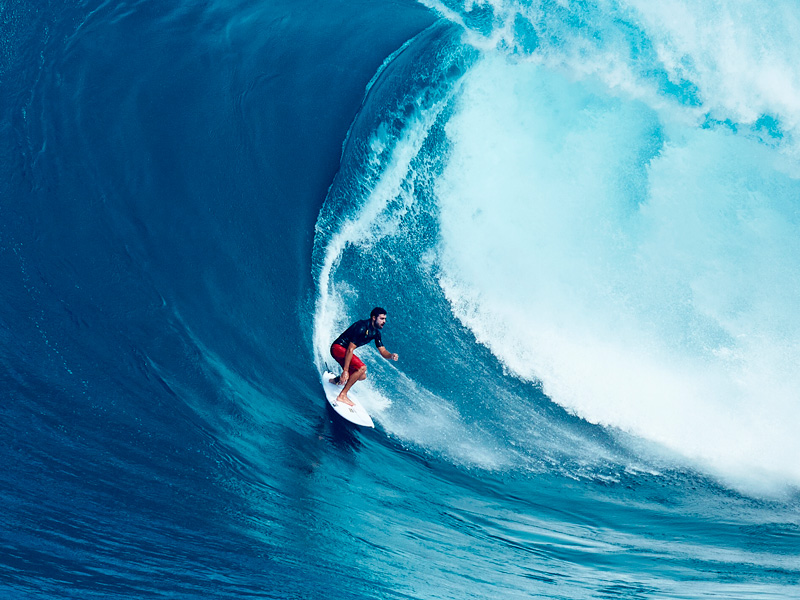 When the good weather arrives, at the weekend the population usually heads in its droves to the beaches on our coast and the practice of water sports increases. It’s normal for us to spend a few hours each day basking in the goodness of the sun, heat and sea, taking a break from the activities of the working week. During the summer, many people enjoy a well-deserved summer holiday on the beaches of Spain or the many tourist destinations abroad.

Continued exposure to the sun and seawater commonly causes irritation of the eye surface, which manifests itself through photophobia, red eyes, itchiness and excess tears. In general, if you use artiﬁcial tears and protect yourself with sunglasses, the irritative symptoms are usually mild or do not appear at all. However, those who spend hours on end without proper protection, in contact with salt water and continually exposed to the sun, may see complications arise over the years like the aforementioned “surfer’s eye”.

Continued exposure to the sun, particularly in areas of high solar radiation, plus irritation from the sea water may damage the conjunctiva and corneal limbus. The latter area is situated between the periphery of the cornea and the conjunctiva, a semi-transparent membrane that covers the sclera. The stem cells of the corneal epithelium or cornea skin are found in the corneal limbus. These limbal stem cells are responsible for renewing the corneal epithelium layer. Prolonged exposure to the sun and chronic irritation is usually found in the nasal limbus area, the part of the cornea and conjunctiva that is adjacent to the lacrimal punta. Solar UV radiation would probably be concentrated by direct irradiation and internal corneal reﬂection in the nasal area. Likewise, chronic irritation would lead to the release of inﬂammatory substances that would build up in the nasolacrimal lake. The participation of both mechanisms would eventually result in the appearance of lesions to the cornea and nasal conjunctiva.

The ﬁrst lesion that can be seen as a consequence of chronic irritation is a condition called pinguecula. It is a raised triangle-shaped yellowish-white deposit, two types of which can be seen: type I, a milky, round and uniform pinguecula, with no lesion on the epithelium covering it; and type II, which is more related to UV exposure and in which inﬂammation, epithelial lesions with abnormal collagen production and epithelial cell mutations can be seen. This type of pinguecula may cause a condition called pterygium.

A pterygium is an eye pathology called “surfer’s eye” in English-speaking countries. In our country it is known as a “palmera” (palm) or “uñero” (whitlaw or felon). It is frequently seen among people who have received a lot of exposure to the sun, like farmers, those who work outside, inhabitants of equatorial countries where solar radiation is more intense and those who practice water sports and are continually exposed to the sun.

How is a pterygium formed?

After a varying period of continued irritation of the nasal conjunctiva through UV exposure and inﬂammatory substances accumulating in the tear, an attack on the limbal stem cells occurs. They mutate, migrate centripetally towards the cornea and start to spread through the conjunctival tissue on the corneal surface, forming the abovementioned pterygium. A growing milky tissue and blood vessels can be observed, the nasal conjunctiva area is permanently irritated and patients complain about stinging, itching and reddening that vary in intensity. There are forms with a larger inﬂammatory component and higher advance rate on the cornea and others with a cicatricial component that do not usually grow over time. Although it is not considered to be a malignant condition, in some cases we should not be misled as there are epithelial carcinomas of the corneal limbus that can simulate the start of a pterygium and present with much more aggressiveness.

How is a pterygium treated?

In the initial stages, patients should be taught about the need to protect themselves from solar radiation with suitable glasses and to use lubricating eyedrops on a regular basis to reduce local irritation and remove the build up of inﬂammatory substances in the tear. A photo of the pterygium must be taken and biannual or annual check-ups must be conducted to monitor the growth. In cases where an obvious progression is documented, there is aesthetic discomfort, chronic inﬂammation or a threat to the vision whereby the head of the pterygium causes astigmatism or may end up covering the visual axis, surgical options must be considered. Surgery involves removing all the ﬁbrous conjunctival tissue that has grown, cleaning and polishing the head that has grown on top of the cornea and putting in its place a graft obtained from the conjunctiva of that eye itself. It is often ﬁxed into position with bioadhesive glue and there is no need for stitches. When this technique is conducted by experts, the recurrence rate is lower than 5%.

We must be prudent concerning groups at-risk of developing a pterygium and, as always in medicine, prevention is better than a cure. Let’s protect our eyes properly with good sunglasses and treat the signs and symptoms of conjunctiva inﬂammation with simple measures such as cleaning and artiﬁcial tears.