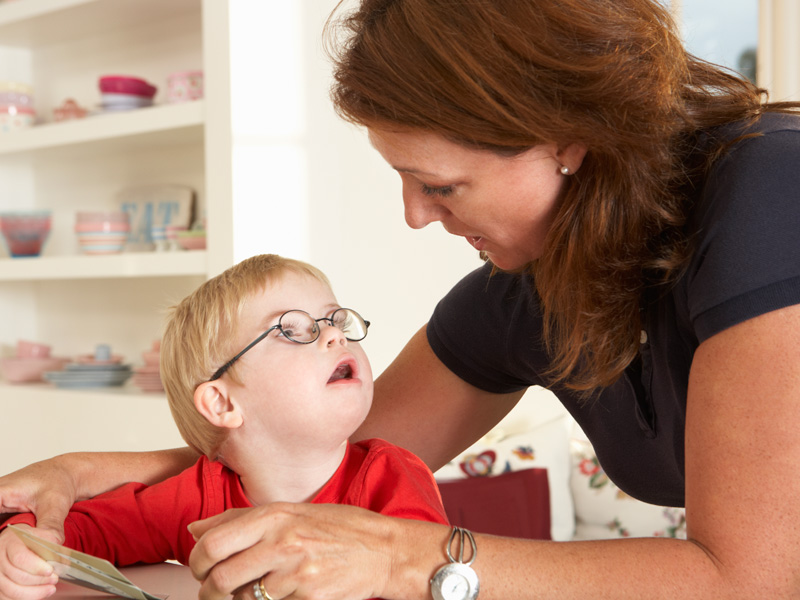 Generally speaking, a series of alterations which are characteristic of this disability can be distinguished, like cardiac alterations, muscle flaccidity, and face and body defects that normally coexist with this genetic disorder. On the other hand, it is associated with other conditions such as leukaemia, hypothyroidism, pituitary gland alterations and diabetes mellitus, among others.

Where the eyes are concerned, the majority of patients show abnormalities (up to 69% of cases). The most frequent is narrowing of the palebral fissure, in other words, the space between the upper and lower eyelid. Furthermore, patients often suffer from blepharitis, which is a disease that occurs around the edges of the eyelids and the eyelashes, where we find excess fat production and infections. This condition can be treated and, in fact, treatment is highly recommended in order to prevent alterations that make us rubbing our eyes due to an existing itch in that area. This illness might be one of the causes for the increase in the incidence of keratoconus (deformation of the cornea with a distinctive pattern). Another common condition is the premature appearance of cataracts.

Almost 90% of patients have blue or light grey coloured eyes. Their visual ability is superior to their hearing ability, and their ability to understand is better than their ability to express themselves. Although their language is usually limited and it develops later on in life, patients of Down’s Syndrome compensate for their lack of verbal skills with more developed aptitudes in the non-verbal language areas, like visual contact, social play or using actions to convey their feelings.

When it comes to diagnosing Down’s Syndrome, early detection is fundamental in every respect. Appropriate stimulation is vital for proper development of motor, cognitive, emotional and adaptive abilities of those affected. For example, trying to teach a child with this syndrome to read using conventional methods may become a very challenging task, if their characteristic better visual ability is not taken into account. Therefore, eye problems need to be detected and treated as soon as possible so that they adjust well, which will then allow them to have enough independence to work, live with a partner and develop artistic skills. •