Maria Dolors, a patient operated on glaucoma and cataract
Request an appointment
News

Maria Dolors, a patient operated on glaucoma and cataract 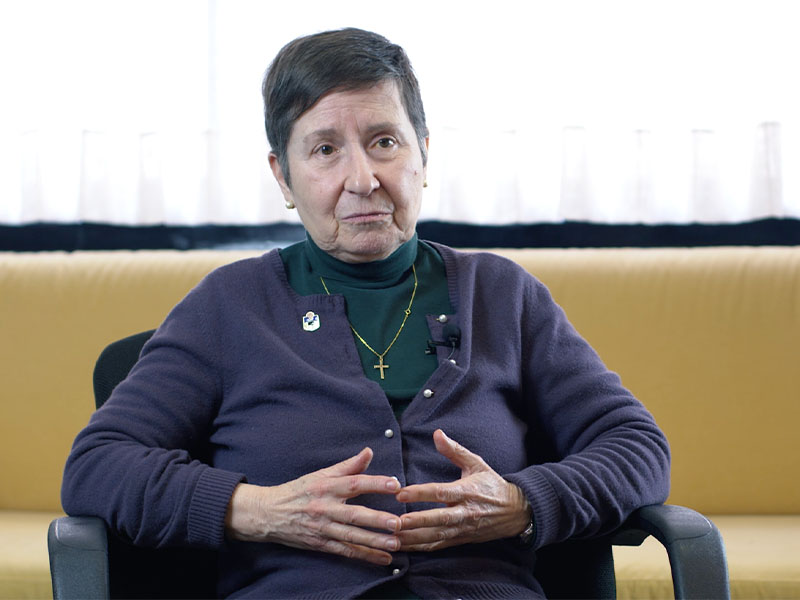 Maria Dolors had always had vision problems due to myopia, with three dioptres in one eye and four in the other. When she was also diagnosed with hereditary glaucoma, she decided to go to the Barraquer Ophthalmology Centre on the recommendation of several of her relatives who were already patients there.

Upon arrival at the centre, Maria Dolors visited with Dr. Canut, coordinator of the Department of Glaucoma, who in addition to confirming the existence of glaucoma and the need to perform surgery, also detected an incipient cataract in both eyes that could be extracted taking advantage of the same intervention. In this way, the doctor performed a combined cataract and glaucoma surgery, first in the right eye and fifteen days later in the left eye.

Maria Dolors faced the first operation with some nervousness, although the friendly treatment of the staff throughout the process made her stay in Barraquer a most bearable experience: "They sedated me a little and I did not feel anything." She spent that night in the clinic and remembers with tenderness how she entertained herself listening to her radio and the kindness of the staff that controlled her.

The next morning, the eye patch was removed and, with her vision restored, she was able to go home. "If I had known from the beginning that I was not going to notice any pain, that the next day I was going to see well and that everything was going to go so well, I would have come to the intervention as someone who comes to a regular check-up," she says convinced.

Recovered from the first intervention and with nerves under control, Maria Dolors underwent left eye surgery with total confidence and tranquillity. In fact, she explains that at the clinic she feels "at home". In addition to treating glaucoma, when removing cataracts, Dr. Canut implanted an intraocular lens in each eye to correct the dioptric power. Thanks to this, Maria Dolors has been able to leave behind the vision problems that had accompanied her since childhood. Now she only needs to use near glasses to read and perform a check-up every eight months.