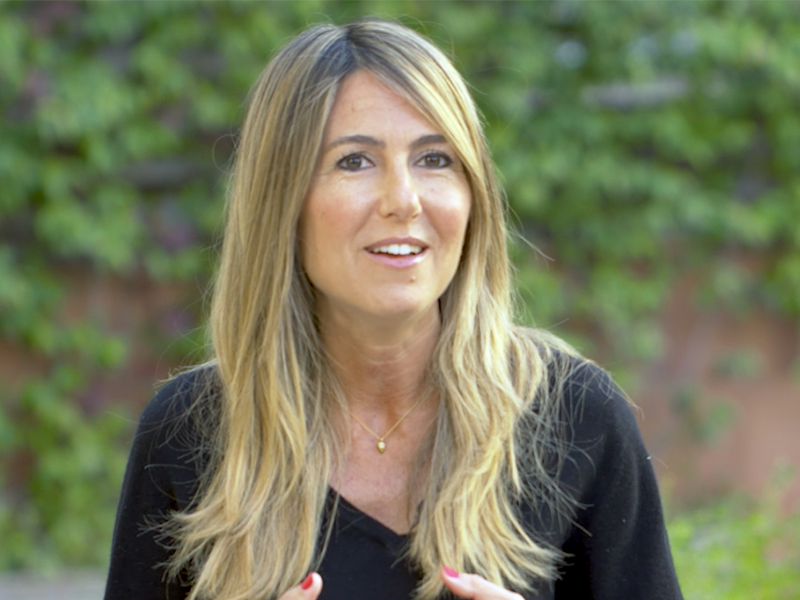 Like many children, she was diagnosed with myopia as a child, at the age of seven. The graduation, which was low at first, went up over the years until it reached five diopters in each eye. This is how, at the age of 27, Marta began to wear contact lenses: “I was apprehensive about having to touch my eye, but the truth is that the change was spectacular. It was much more comfortable and, once I put them on, I had no limits when it came to seeing.

Contact lenses were her great remedy for many years: "I admit that I overused them," confesses Marta. However, after more than a decade of prolonged use, her eye began to reject contact lenses: “All of a sudden my eye started to get quite dry. Small styes started to appear and I began to notice a lot of discomfort, so I decided to come to the Barraquer Ophthalmology Center ”.

After being forced to remove her contact lenses and go back to wearing her glasses, Marta began to consider laser refractive surgery. Sher remembers that the intervention "was unthinkable" at first because of the fear it generated. But the confidence that the center's staff inspired in her and the benefits of the surgery made Marta decide to take the step.

During the preoperative tests, Dr. Lamarca observed that the patient had drier than normal eyes and, evaluating the different techniques, he and Marta finally opted for the SMILE (Small Incision Lenticule Extraction) technique since it was the least aggressive for her. . Although the recovery would be somewhat longer, the result would be more effective.

After the intervention, which is performed on an outpatient basis, Marta said goodbye to the glasses. Something as simple as opening your eyes in the morning and seeing are some of the aspects of your day-to-day life that you value most now. It's no wonder Marta claims that eliminating myopia with laser refractive surgery is one of the best decisions she has ever made.