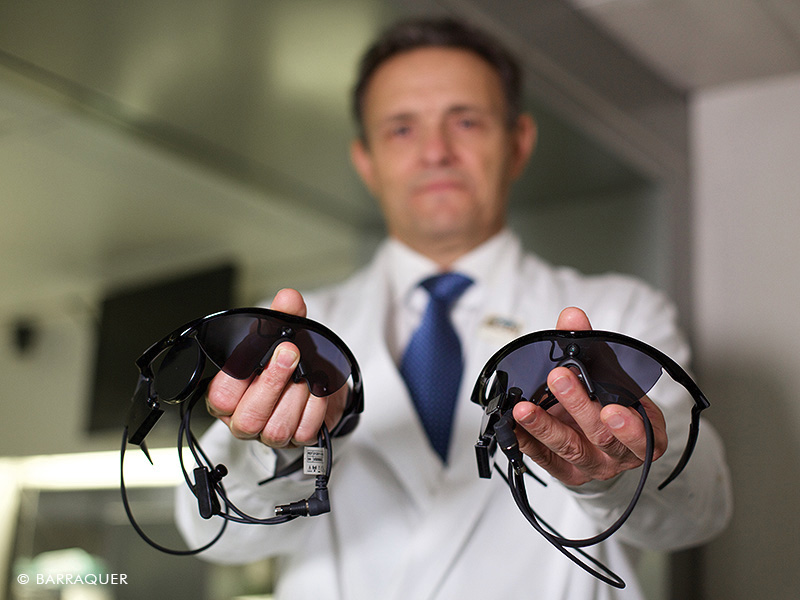 Thanks to the agreement with the manufacturer Second Sight and the IMEX distributor in Spain.

The Barraquer Ophthalmology Centre, leader in Spain in the development of artificial vision has been scheduled for the week of December 14th to implant two new Argus II devices. Both implants will be performed by Dr. Jeroni Nadal, deputy coordinator of the vitreous and retina department at the centre and one of the only two surgeons in Spain authorised to perform this surgery.

Besides being an innovative treatment, this time one of the recipients of the implant is a patient with Usher Syndrome, who is deaf-blind and first recipient patient of this implant in Europe and second in the world. He is only able to communicate through an interpreter and sign language. The second implant will be performed to accommodate the waiting list generated following the first surgery performed in the Barraquer Ophthalmology Centre in 2014.

The system Argus II of retinal prosthesis, manufactured and developed entirely by the American company Second Sight, also known as "bionic eye" or "retinal implant" is intended to provide electrical stimulation to the retina to improve visual perception in blind people. A micro camera located in the patient's glasses captures images and these are sent to a small computer worn by the patient, where they are processed and transformed into instructions, which are transmitted wirelessly to the antenna of the retina implant. These impulses stimulate the remaining healthy cells in the retina and transmit the information to the brain via the optic nerve to create the perception of patterns of light, which patients learn to interpret.