Eye check-ups during the paediatric years
Request an appointment
News

Eye check-ups during the paediatric years 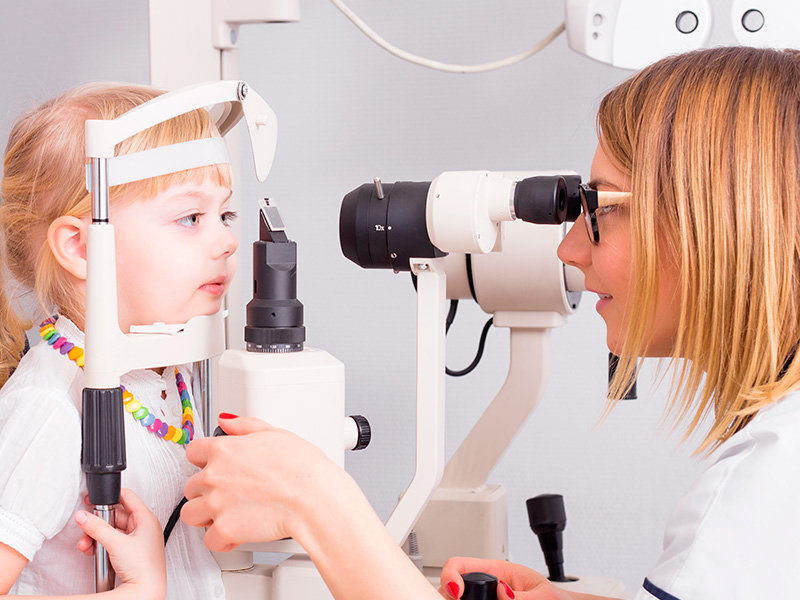 A child’s overall development largely depends on their eye sight developing properly. If looking after their eyes is important during their whole life, then during childhood it’s even more important.

When we’re born, our visual system is not fully developed, and both the eyes and their adjoining parts will undergo significant anatomical and physiological changes which won’t end until puberty. Maturation of the vision requires a long learning process which begins during the first days of life and culminates at the age of 8-9 years old. Most progression occurs over the first four years. During this critical period, the visual areas of the brain are stimulated by the imprinting of clear images on the retina, in such a way that any defect causing poor vision in one or both eyes at this stage, may end in amblyopia or “lazy eye”. This is why early detection of any eye problem during childhood is key, as we can then prevent the issue from persisting during adulthood. It is estimated that every four schoolchildren suffer from a visual impairment It is estimated that 20% of the child population experiences some type of visual problem, which means that every four schoolchildren suffer from a visual impairment. Among the eye conditions that can affect children the most common are: refractive faults, myopia, hypermetropia or astigmatism, structural irregularities, like congenital cataracts, palpebral ptosis (eyelid drooping), corneal opacity and strabismus. These diseases may cause varying degrees of delayed visual maturation, and lead to amblyopia. We must remember that there’s a high possibility of recovering from lazy eye if it is diagnosed and treated before the age of four, when it eventually disappears, being practically nil from the age of 9-10. What we don’t learn to see during the first years of our life isn’t going to come back as an adult, which is why it’s vital to have our eye sight checked periodically and receive a diagnosis as early as possible in case of disease.

The first eye examination must be carried out just after birth to rule out congenital structure irregularities or severe eye problems. Later on, even if there are no apparent symptoms, it’s advisable to undergo a complete eye examination with a specialist at the age of 2-3 years, to evaluate the anterior and posterior segments of the eyeball, detect potential refractive faults and assess the state of ocular motility to rule out strabismus. The cadence of subsequent examinations will depend on the findings from this first exam, and then, even if there’s no pathology, annual check-ups until the age of 8-9 are advised. This is when visual learning ends. From this age on, we can move to biannual check-ups until adulthood.

It’s never too early for your child to have their first eye check-up, while sometimes it can be too late. There is no doubt that early diagnosis is key.

Babies and children, the challenge of checking up their vision #5

We chatted with our pediatric optometrist Susana Escalera, who sees about 30 children a day in her office. Her experience and skills are paramount to a successfult eye exam of these small patients, some of whom are still a baby. It seems like a simple task, but it is not.