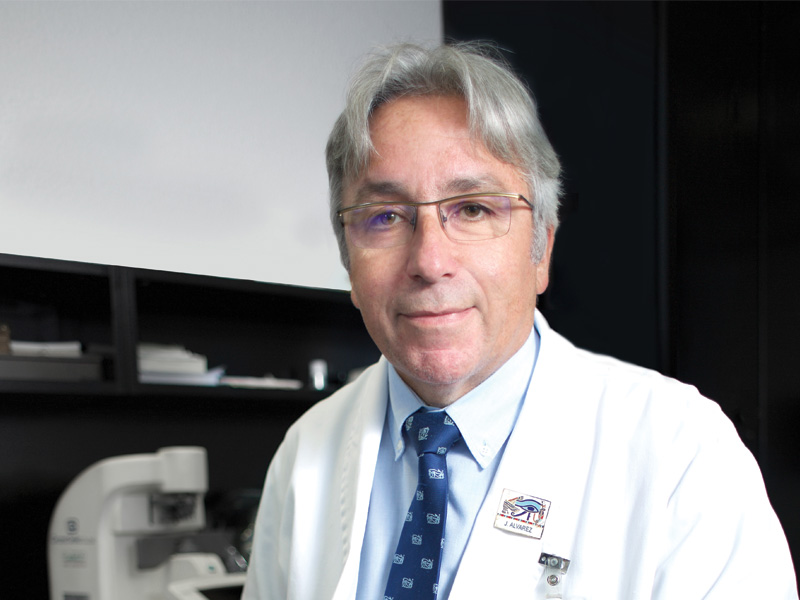 You are currently the head of Optometry at the Barraquer Ophthalmology Center.

Correct. I have been working in the Department of Visual Function Centre Barraquer, 41 years since 1974.

So you could be considered as one of the “veterans” of the house, right?

More or less. When I started working at the Centre, there were only eight people in this department, and there are currently 37 employees in the optometry department.

Did you always think about becoming an optometrist?

I came to work at the Barraquer clinic when I was very young. I had studied nursing in college, because of the direct connection it has with medicine, and optometry caught my attention. At first I took this route to experiment and see if I could like it, while still keeping an open possibility of moving to a hospital. I finally realized that I was interested in optometry, and look ... I’m still here!

Many people may come to see optometry as a very monotonous job. Do you agree?

Definitely not, because optometry has expanded greatly over the years. It is no longer simply about refraction; within the area of ​​Visual Function at the Barraquer Centre, there are 6 departments, (Refraction, Campimetry, Orthoptics, Biometrics, Refractive Surgery and Contactology) which means that the profession has not remained still at graduating sight. In addition, each case presented is different, so the right treatment for each patient varies.

I imagine that technology has also changed a lot the way you work ...

Indeed. Before there were any modern instruments like the ones used today, the whole process was much manual. Today, the field of refractive has improved, since all the machines used are automatic. However, it is always best to check the results manually, although the speed at which various tests can be taken has increased significantly.

Have you ever considered how your profession would have been if, instead of working in an eye clinic, you would have worked in an optics store?

If I would have worked in an optics store, I do not think I would have continued with this profession. Having studied nursing, one of the main factors that differentiates working in an eye clinic is the direct contact with patients. I wanted to help improve people’s quality of life. In addition, you learn something new every day in this job. Even after many years working in the same area, there is always something new to learn, because no eye is the same.