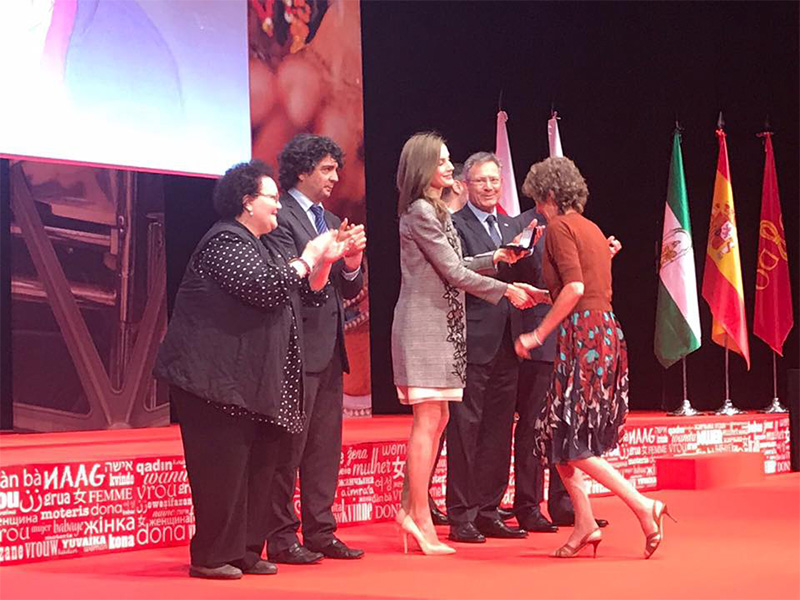 On 11th May, Dr. Elena Barraquer received the Red Cross gold medal for social commitment and solidarity work for her years at the helm of the Barraquer Foundation.

Queen Letizia of Spain chaired the main ceremony celebrating World Red Cross Red Crescent Day. During the event, the Spanish Red Cross bestowed the honour of its Gold Medal upon eight individuals, institutions and companies that stood out over the last year for their social commitment and solidarity work, including Dr. Elena Barraquer.

The event took place in Seville under the heading “Woman; commitment and solidarity”, a message which highlights the role of women in our society. The numerous attendees included Javier Senent, President of the Red Cross, as well as a range of public ﬁgures and humanitarian organisation representatives.

This prize acknowledges the work of Dr. Elena Barraquer over the last 13 years at the forefront of the Barraquer Foundation. Since its creation in the year 2003, the Barraquer Foundation has dedicated the majority of its efforts to combating preventable blindness caused by cataracts in developing countries, mainly in Africa, but also the Americas and Asia. The Barraquer Foundation has conducted 100 health and medical care expeditions, on which more than 12,000 people have received operations and another 80,000 have undergone checkups. It has also awarded training grants to doctors from these countries. In the words of Dr. Barraquer: “In addition to my children, the Foundation is the reason I get out of bed every morning; there’s nothing more rewarding than restoring the sight of a blind person.”