The ambiguity in the perception of animal figures 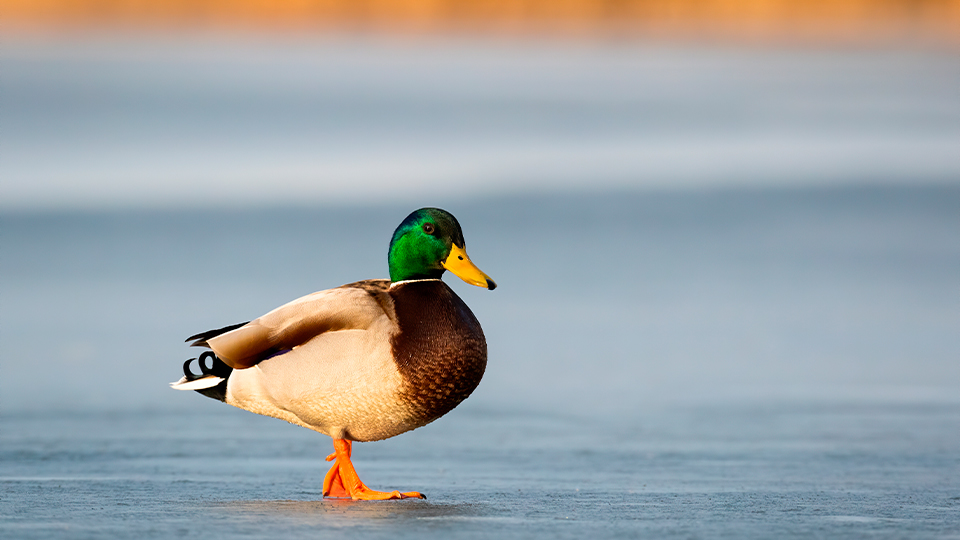 In the previous issue (see revista Barraquer núm. 35) we reviewed how artistic tricks and illusions explore the way we recognize faces.The importance of orientation was highlighted by some surprising effects like figure inversions. This is a kind of ambiguity that can be extended to the perception of animal figures.

From an evolutionary point of view, recognizing the animal species in our environment had an obvious importance for our survival

The most famous (and perhaps the first) among this type of illusions is Jastrow’s “duck-rabbit”, published by the end of 19th century (Fig. 1). The wonder emerges with the realization that two species as apart as a mammal and a bird could be so easily “confused”. This is another example of bistable ambiguity (as in Necker’s cube or the Rubin vase), whereby our perception jumps between the recognition of one option or another, while it’s impossible to see both simultaneously. The visual pun persists whether the image is simplified to a simple line sketch, a background is added, or even a with tridimensional object (Fig. 2). And we can encourage one or the other interpretation depending on the position of the figure (Fig. 3). 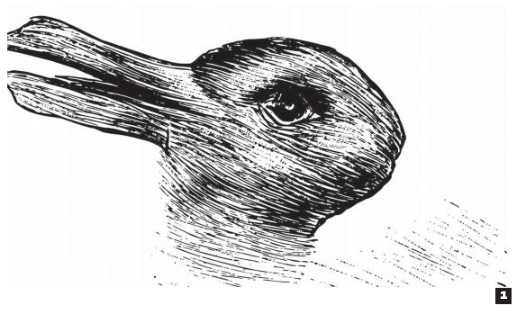 Figure 1. The “duck-rabbit” illusion described by American psychologist Joseph Jastrow in 1899, based on a figure previously published in the German satire magazine Fliegende Blatter with the caption: “What animals look most like one another? Rabbit and duck”.

Figure 2. Different versions of the “duck-rabbit”: from left to right: a simple sketch by the philosopher Ludwig Wittgenstein (1953/58); a sketch with a background by psychologist Roger N. Shepard (1990), and a “taxidermic” construction by Derek Frampton (2008).

Figure 3. A schematic render of the duck-rabbit (Squidoo website, 2008) shows how the orientation —by 45º rotation in either sense— encourages and stabilizes the perception of one of the options. 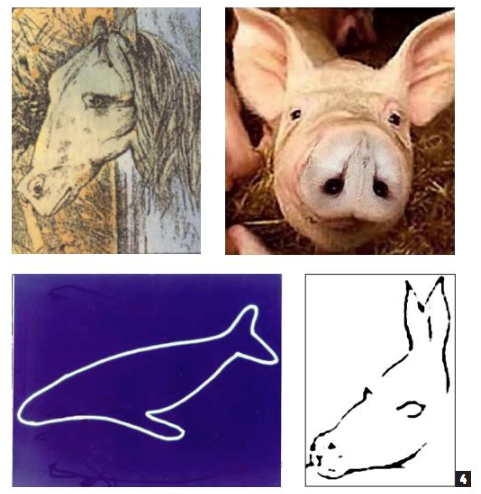 The ambiguity play by rotation or inversion of animal figures has been widely exploited by recreational artists like children’s classic Peter Newell, the surrealists —notoriously Salvador Dalí—, and even cartoonists such as Paul Noth (Fig. 5).

Figure 5. Dalí’s famous painting: Swans reflecting elephants (1937) (centre), could have been inspired by an illustration by P. Newell in one of his “Topsys and Turvys” books for children (c. 1906) (left). At right, a cartoon by Paul Noth featured in the New Yorker magazine (c. 2017) with the caption: “There can be no peace until they renounce their Rabitt God and accept our Duck God”.

The duck-rabbit figure suggests that we identify an animal by the sum of some recognizable traits or parts. In this case, one part would be non-specific (the round furry head with an eye in the middle), while the other can be interpreted in two ways (a bill, ears). Depending on which of these options prevails —based on other clues like orientation, laterality, or the whole vs. part choice— we see one or the other. As it happened with the human face inversion effects, these “illusions” also rely on aspects of visual perception like the “advantage of the caricature” or the “differential inversion” phenomenon, which we mentioned in the previous issue. The recognition of human and animal faces (at least of those familiar to us) probably share the same brain mechanisms. From an evolutionary standpoint, recognizng the animals in our environment —either wild or domestic, potential prey or predators— had an obvious importance for our survival. In any case, the cognitive and neurological roots explaining this illusion are no doubt ancient.

Profesor Rafael I. Barraquer, ophthalmologist and medical director of the Barraquer Ophthalmology Center