Why does chopping onions make our eyes tear?
Request an appointment
News

Why does chopping onions make our eyes tear? 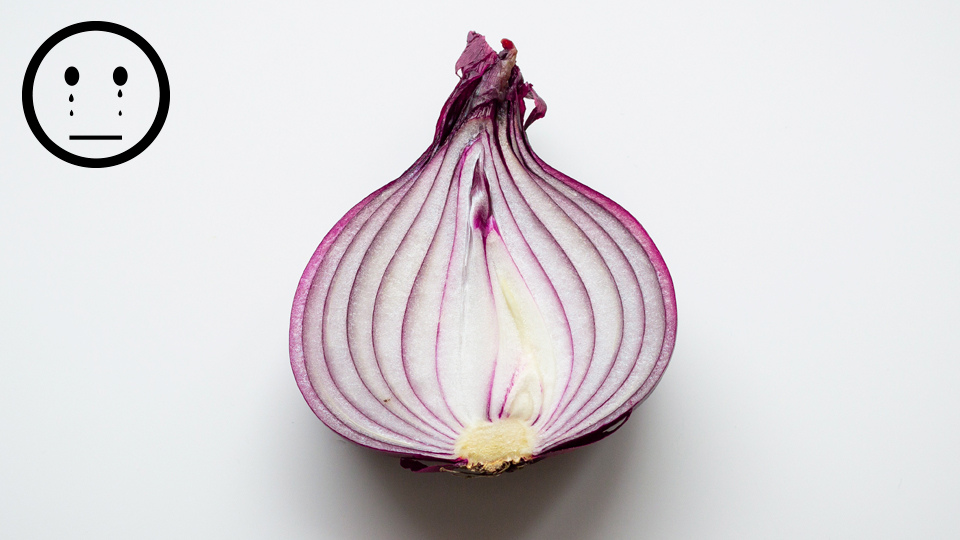 The onion is a vegetable that absorbs sulfur from the soil where it is grown. When chopping it breaks its molecules, so its components evaporate and disperse in the environment. Specifically, amino acid sulfoxides are converted into sulfur gas which, on contact with the ocular surface, produces irritation and reflex tearing.

Thus, when we chop onions, what we cause is that the sulfur it contains is released and our ocular system protects itself from sulfuric acid to avoid further damage to the eyes. For this reason, this does not happen if we handle the whole onion.

Can we stop our eyes from watering?

We cannot prevent the onion from releasing the sulfur it has stored, but we can follow some tips to lessen the tearing effect. One of the most effective tricks is the use of hermetically sealed protective glasses that prevent the sulfur gas from contacting the surface of our eyes. It is also recommended to use a knife with a very sharp blade, since the cleaner the cut, the less sulfur vaporizes in the air.

If possible, it is also suggested to turn on the fan exhaust while handling the onion to remove part of the sulfur gas present in the environment. Likewise, washing or freezing the onion before cutting it reduces the presence of these chemicals and lessens their irritating effect on the ocular surface. However, these processes affect the flavor and texture of the onion.