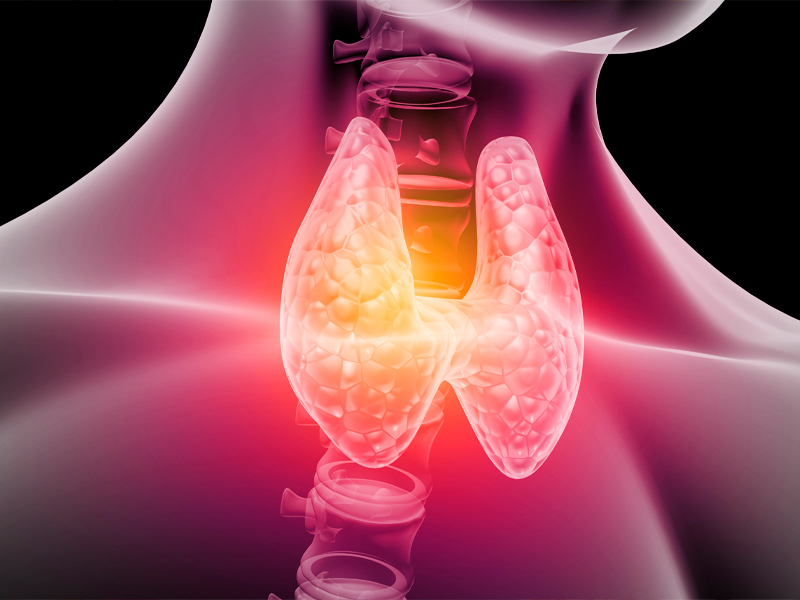 Thyroid-associated ophthalmopathy is an inflammatory autoimmune disease; this means that for unknown reasons, the immune system generates antibodies that attack the thyroid glands and the tissue around the eyes, such as the eyelids, fat and muscles responsible for eye movement.

► Also known as Graves’ Orbitopathy or dysthyroid orbitopathy, this disease may push the eyes outwards and cause the appearance of exophthalmos or “bulging eyes”. This is the most universally recognised sign of Thyroid-associated ophthalmopathy and used even by some authors to evaluate surgical outcomes. However, only 40-65% of patients present with exophthalmos.

Usually both eyes are affected, but only one eye could be affected or it could be asymmetrical. It mainly impacts women between the age of 40 and 60 and its evolution is highly related to smoking.

► This disease is classified according to its activity (active or inactive) and its seriousness (mild, moderate or severe). There are various treatment options depending on the time that has passed and the symptoms shown.

Minor symptoms that don’t usually endanger the quality of vision are: a feeling of pressure around the eye, eye irritation, watering eyes and a foreign body sensation. The administration of artificial tears, topical or oral anti-inflammatory medication and cold compresses is usually enough to eliminate, or at least alleviate, these issues. On occasions, when there is a lot of activity, intravenous glucocorticoids are necessary. If they don't work, another alternative is new biological therapies which are playing a leading role at the moment and may possibly be a first line treatment in the future.

► In cases where the optic nerve is at risk, and therefore the patient’s eyesight is also in danger, the most common treatment is a surgical intervention for orbital decompression, which involves eliminating part of the bones surrounding the eyeball in order to provide space and decongest the orbit.

In the inactive phase, the patient may suffer sequela such as double vision, bulging eyes (exophthalmos) or eyelid issues in the form of peaking eyelids (very open eyes) or bags on the eyelids. We also offer these patients rehabilitative surgical treatments (orbital decompression, strabismus or eyelid surgery) for an improved appearance.

► Early diagnosis of thyroid-associated ophthalmopathy is essential. It involves recognising the first symptoms at a very early stage, so as treatment is effective and the disease has barely any impact on the patient's quality of life.