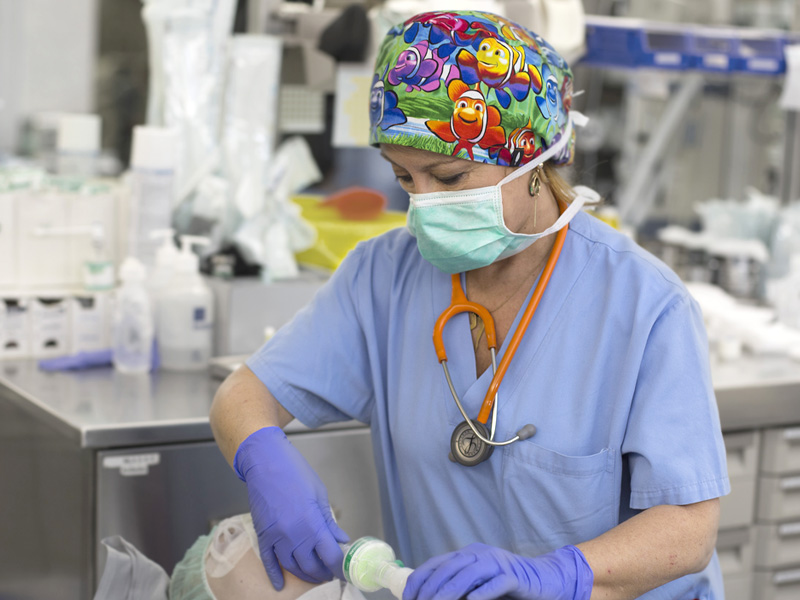 Doctor Licensed in Anaesthesiology and Resuscitation.  She began her professional career at the Hospital Santa Anna (Como, Italy). In 2008 she moved to Barcelona, and since then she has worked in different centres and clinics in the city.

—Medicine is a vocation. Some people know from when they are very young, others find out later on. How about you? If I’m honest I was never particularly interested in medicine during my youth. My passion lent more towards the arts and literature, and I opted for the humanities throughout my studies. I didn’t even have any doctors in my family, so there was no pressure in that way. In Como, Italy, where I was born and lived for a good part of my life, I had a cousin who was ten years older than me with muscular dystrophy. I would spend a lot of time with him, and could see how the different medical professionals would look after him; they gave him physiotherapy and helped him to be as comfortable as possible. This led me to gain a great interest in being a doctor, and allowed me to dedicate my life to helping people with diseases and disabilities, just like the doctors who cared and tended to my cousin.

—Once you’d finished your degree, what led you to decide to specialise in anaesthesia? I hadn’t really considered it at the start. Once I’d finished my medicine degree we did rotations around the different departments, and general surgery was one of the areas that got my attention. I was particularly interested in breast surgery as there was a lot of talk about the sentinel lymph node at that time. Unfortunately, there was no option that would allow me to specialise in general surgery, which led me to work in the accident and emergency services of the “Guardia Medica” in a town called Dongo for a while.

—So anaesthesia wasn’t even your second choice... The truth is that, apart from general surgery, I had no idea about which specialism to choose. I had a better idea of what areas I wasn’t interested in, and I was prepared to consider any opportunities I was given. For example, as I mentioned before, I worked with the emergency and resuscitation service of the “Guardia Medica” in Dongo, and it was this experience which led me to specialise in anaesthesia.

—How did that happen? Dongo is a very small town in the mountains to the north of Lake Como, where some houses can only be reached on foot, and at there was no such thing as a helicopter ambulance at that time. One night we received a call about an accident where a man had fallen off the roof of a house far away from the town and he had sustained a serious brain injury. The house was in one of those locations that couldn’t be accessed by large vehicles, so we gathered up the equipment required, walked two hours to the site of the accident, and after some first aid on the patient, we walked the two hour journey with the patient to the ambulance. And all while it was raining!

—Were you able to save this man? The man was cured, and the story of his rescue appeared in the local newspaper, which got the attention of the head doctor of the “Guardia Medica” who then asked me to take part in an exam to become part of his medical team as an anaesthetist.

—I guess you agreed? Indeed I did! I accepted and I got the exam. Then I went to Rome where I completed my anaesthesia specialism. Not long after, my personal life brought me to Barcelona.

—How did you end up at the Barraquer Ophthalmology Centre? The College of Doctors sent me an offer to work as an anaesthetist in an ophthalmology centre, but it had no mention of the centre’s name. When I called for more information, I was immediately convinced I had to accept the job when I read about the branch of the Barraquer Foundation which had been established separately with the Centre itself as a starting point, and the immense humanitarian work carried out by Dr. Elena Barraquer in developing countries. The idea of (perhaps) having the chance to collaborate as a volunteer doctor at a time was exactly what clicked with my mentality for helping people.

—Did your wish come true? I’ve been so lucky to have collaborated with the Barraquer Foundation as an anaesthetist in different African countries: Mozambique, Kenya, Morocco, Angola, Niger, Bangladesh, Malawi and Rwanda.