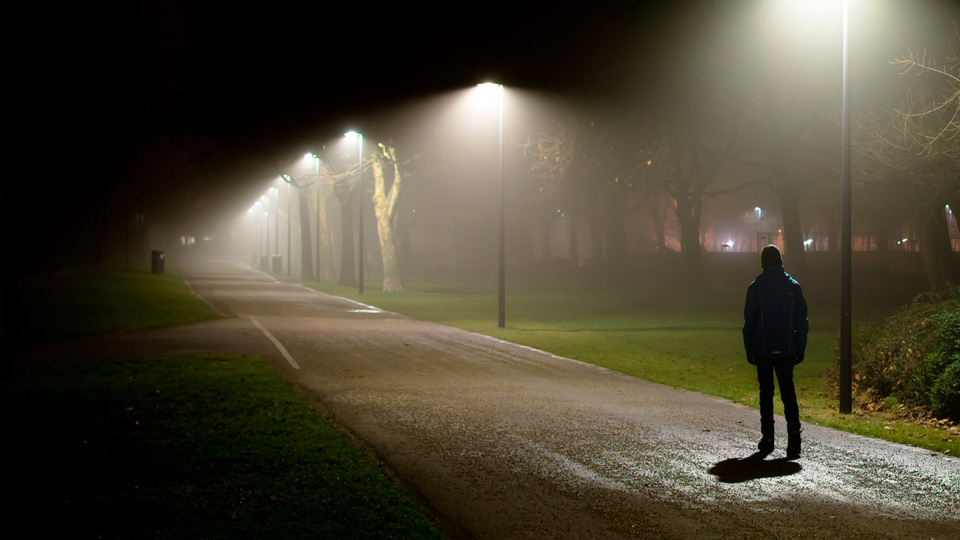 It is not uncommon for our patients to complain about poor night vision. In ophthalmic terms, it is what is known as night blindness or nyctalopia, and it is quite a common symptom in which we have partial or total visual difficulty when we are exposed to little light or in the darkness.

Not all people have the same type of defect in these circumstances nor is there a single pathology that causes poor night vision, in fact, on occasions it is not even concealing a disease as it can happen physiologically. When it gets dark we stop being able to see colours clearly, our pupils dilate making our vision worsen in some non-pathological circumstances.

Apart from physiological or normal causes, the main causes are:

Myopia. It is an extraordinarily common complaint in which a person does not see objects well from a distance. Anatomical characteristics cause night blindness, especially among those who have a high prescription.

Astigmatism. This visual defect is an irregularity of the eye's optic system, generally located in the eye's surface, more specifically in the cornea, which stops us from seeing well both up close and at a distance. In these cases, dilatation of the pupils may increase the symptom in question. Some forms of pathological astigmatism can manifest themselves with this symptom, for example as an entity known as keratoconus.

Cataracts. When the natural lens that we have inside the eye, known as the crystalline lens, loses its transparency, we call this a cataract. One of the most common symptoms is poor night vision.

Glaucoma. This is a pathology that damages our visual field and at some stages of the disease may manifest itself as a sensation of visual loss that increases in the dark.

Retinitis pigmentosa. In this case, we're talking about people who have inherited an illness that fundamentally affects the retina, and usually reduces the peripheral visual field, causing other symptoms including nocturnal blindness.

Vitamin A deficiency. We know that a Vitamin A plays an important role in the visual metabolism and a deficiency may lead to nyctalopia and other issues.

Although night blindness is a common problem which sometimes does not reveal a pathological origin, it must be studied by a team of ophthalmologists to rule out possible diseases, which may sometimes revert or stabilise.